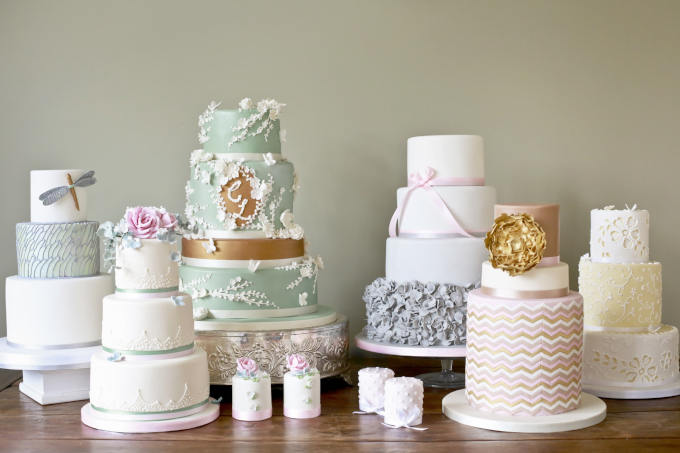 We’ve enjoyed cakes at special occasions and events for centuries, but there’s more to these delicious treats than you might realise. We’ve compiled eight fun and interesting facts about our favourite topic, from what the original cakes looked like to where the fashion for tiered cakes came from.

1 – The earliest versions of cake were actually flat, compact discs of grain which were dried and compacted together. The closest resemblance to the cakes we enjoy today actually didn’t appear until the early 18th century, as before this time, they were raised with yeast and closer to bread than cakes.

2 – Christmas cake is a fairly modern addition to the festive dessert table. The fruity, iced cake that we eat around Christmas time now actually replaced the more traditional ‘Twelfth Cake’ from the late 19th century, which was eaten at the feast of Epiphany when the Christmas season drew to a close.

3 – The older a fruit cake is, the richer the flavour becomes. In fact, fruit cakes used to be eaten by Roman crusaders to keep them full and energised, which was then adapted later on to be filled with fruits soaked with rum or brandy to preserve them for longer. It’s one of the reasons why fruitcake is a traditional wedding cake option, as it lasted well when refrigeration wasn’t an option. Girls would place a piece of fruit cake under their pillow to make them dream of the person they were going to marry!

5 – In the UK, we spend over £368 million each year on cakes. And around the world, the global population eat between 50 and 100 million birthday cakes every single day.

6 – Chocolate is the top flavour for most people where birthday cake is concerned, followed by vanilla. German chocolate cake is one of the most famous desserts in the world, but it didn’t actually originate in Germany. In fact, it was associated with Samuel German, an American, who created a dark baking chocolate in 1852. Over 100 years later, in 1957, it was used in a recipe that was published under the title German’s Chocolate Cake, which was then what it was known by.

7 – The world record for the largest number of candles on a birthday cake was set in 2016 by Ashrita Furman and the Sri Chinmoy Centre in New York, when 72,585 candles were lit. The cake was created to celebrate the birthday of meditation teacher Sri Chinmoy on his 85th birthday and 100 members of the centre came together to achieve the world record.

8 – In the 17th century, birthday cakes had started to become a more common feature of celebrations and looked more similar to the birthday cakes we eat today. But they were decadent creations that only members of the upper class could afford, as ingredients like sugar were incredibly expensive. It wasn’t until the 18th century that the prices of the ingredients began to drop, and more people could enjoy them.

No matter what size, shape or flavour of cake you choose, it seems that we can’t get enough of this decadent dessert for celebrations. From cupcakes and cake pops to large tiered celebration cakes that are the highlight of any special day, there are so many options to choose from when it comes to picking a delicious and eye-catching cake that will delight you and your guests.

If you’re looking for a bespoke cake for your birthday, a special occasion or your wedding, contact the team at Cakes by Robin and we’ll be happy to discuss your options with you.